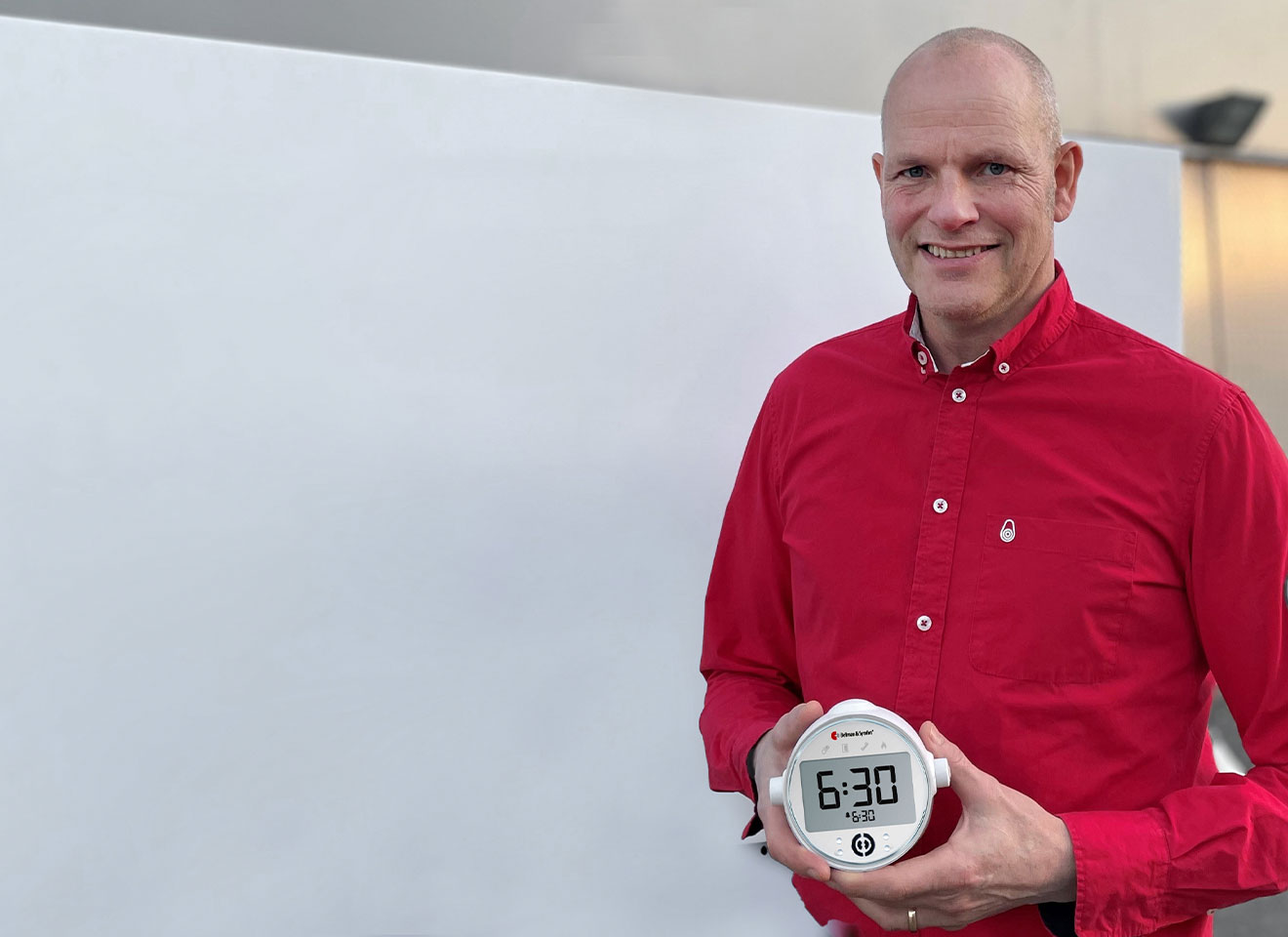 This month's innovator is Anders Ingemarsson, and his invention will help you get up more easily in the mornings rather than wasting January away hitting the snooze button. The invention, an alarm clock for those who are hard to wake up in the mornings, is an alarm clock with an extra loud sound and powerful vibrations.

Anders works at Bellman and Symfon, a Swedish company that has been developing products that make life easier for people who are hard of hearing since 1988. Anders himself started working as a technical manager at the company back in 2008. He left the job eight years later, but has been back at the company for a year and is now once again working as technical director.

Anders lives just outside Gothenburg, Sweden, with his family. In the 90’s, he studied electrical engineering in Lund and started his career developing protection systems for car safety. In his role as head of technology at Bellman & Symfon, Anders played a key role in the development of the alarm clock invention for those who are difficult to wake up.

–On the basis of the company's analogue template, we decided to improve and digitalise it in order to offer the market a more modern and innovative solution.

Alongside his development team in Sweden, consisting of Gauthier Fleutot Östervall, Lars Andersson and Tommy Killander, Anders began work on modernising the analogue alarm clock. With Anders at the helm, they developed three prototypes. 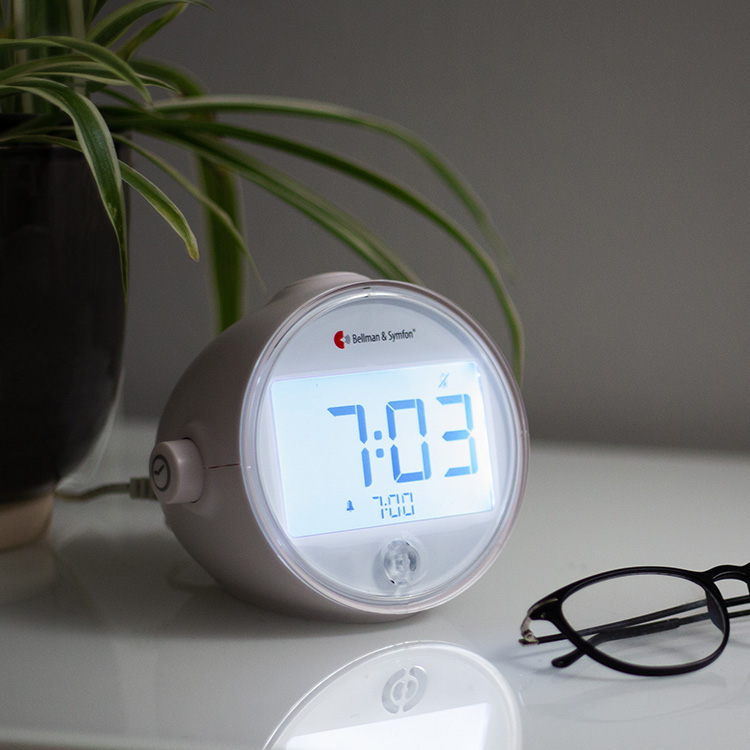 –Early in the planning process, we contacted people with hearing impairments to act as a focus group.

The prototypes differed somewhat in both form and function. One clock was square, one was round and another model was slightly taller. After listening to the focus group's views, they finally decided on the round alarm clock that we know today. 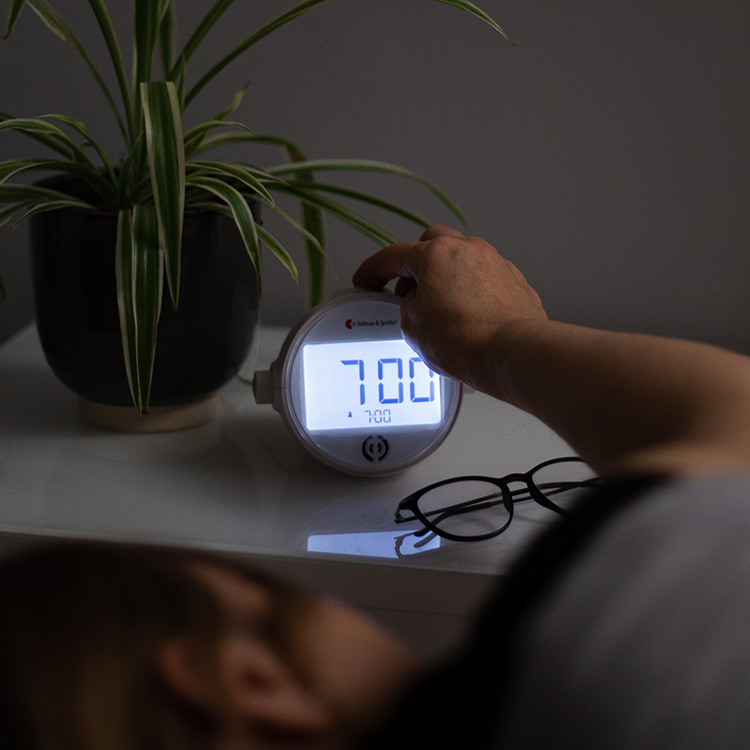 An alarm clock for everyone

Anders describes his workplace as an environment with room for ideas, where all employees are used to questioning prevailing norms and contributing innovative ideas. After two years of creative encounters, the alarm clock for people who are difficult to wake up came to market. Anders explains that the alarm clock is suitable for everyone. Although the product was primarily intended for use by people with hearing impairments, it soon proved to be very popular with both hard-to-wake teenagers and people who work shifts and don't want to wake their partners.

–The alarm clock for the hard-to-wake is designed for people with hearing impairments, but is also suitable for those who tend to use the snooze function a lot or are particularly heavy sleepers. 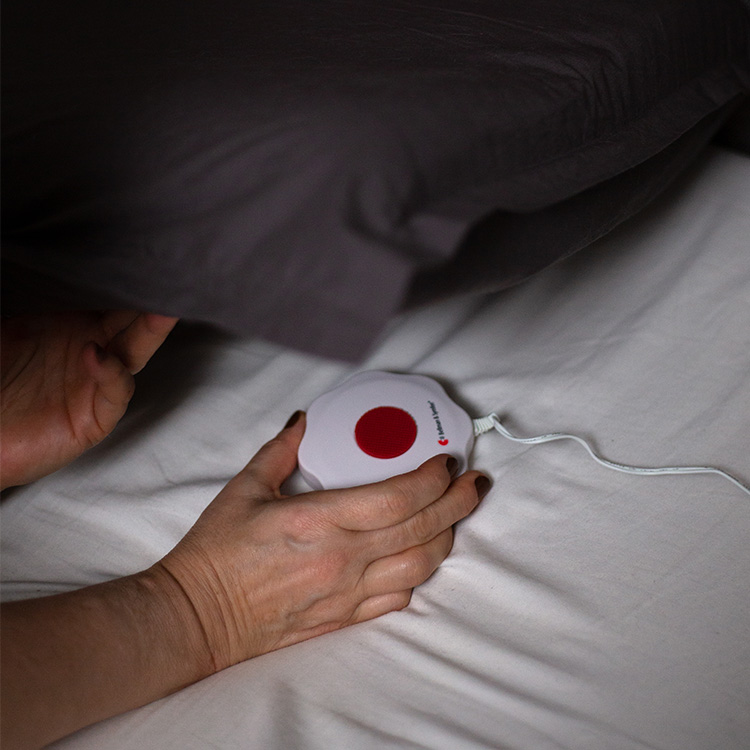 –I like hitting the snooze button myself, but this alarm clock makes it less convenient to go back to sleep. The alarm shortens continuously, meaning you eventually have to get up.

The alarm clock is available in two models, the Classic and the Pro version. The Pro version has the same features as the Classic, but also has a night light to show you the way in the dark. The night light is easy to switch on and off and has a built-in timer that turns the light off automatically after one hour. 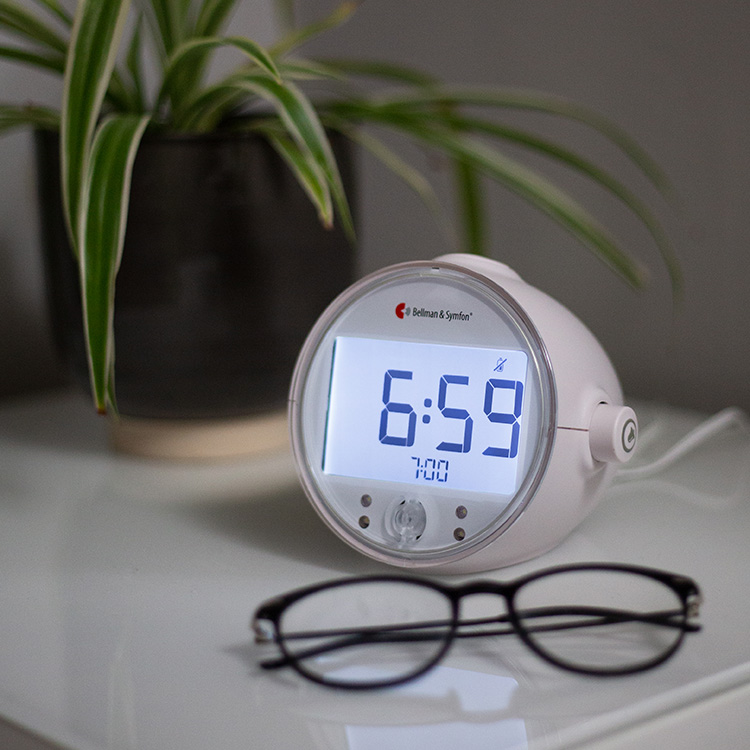 Anders and his colleagues constantly took into account improvements that needed to be made to the digital alarm clock. Buttons that are used daily were given a more prominent design and placed in easily accessible locations, while buttons that are used less frequently were placed on the back. This is not a coincidence, but a conscious design choice.

–What I like most about the invention is its user-friendliness and timeless design. Plus the fact that we managed to introduce some new and unusual features that have proved very popular.

Bellman & Symfon develop their products themselves, but are sometimes assisted by external partners with specialist knowledge of industrial design. They have warehouses in China, the U.S. and Sweden and are in close contact with the production and employees there. They sell their products around the world and continue to develop innovative solutions.

–The best thing about developing this type of product is the positive feedback we get from our users. We're really passionate about developing innovative products that make their lives easier.

Read more about the alarm clock for heavy sleepers >>

Wakes you up effectively with vibrations and a loud sound