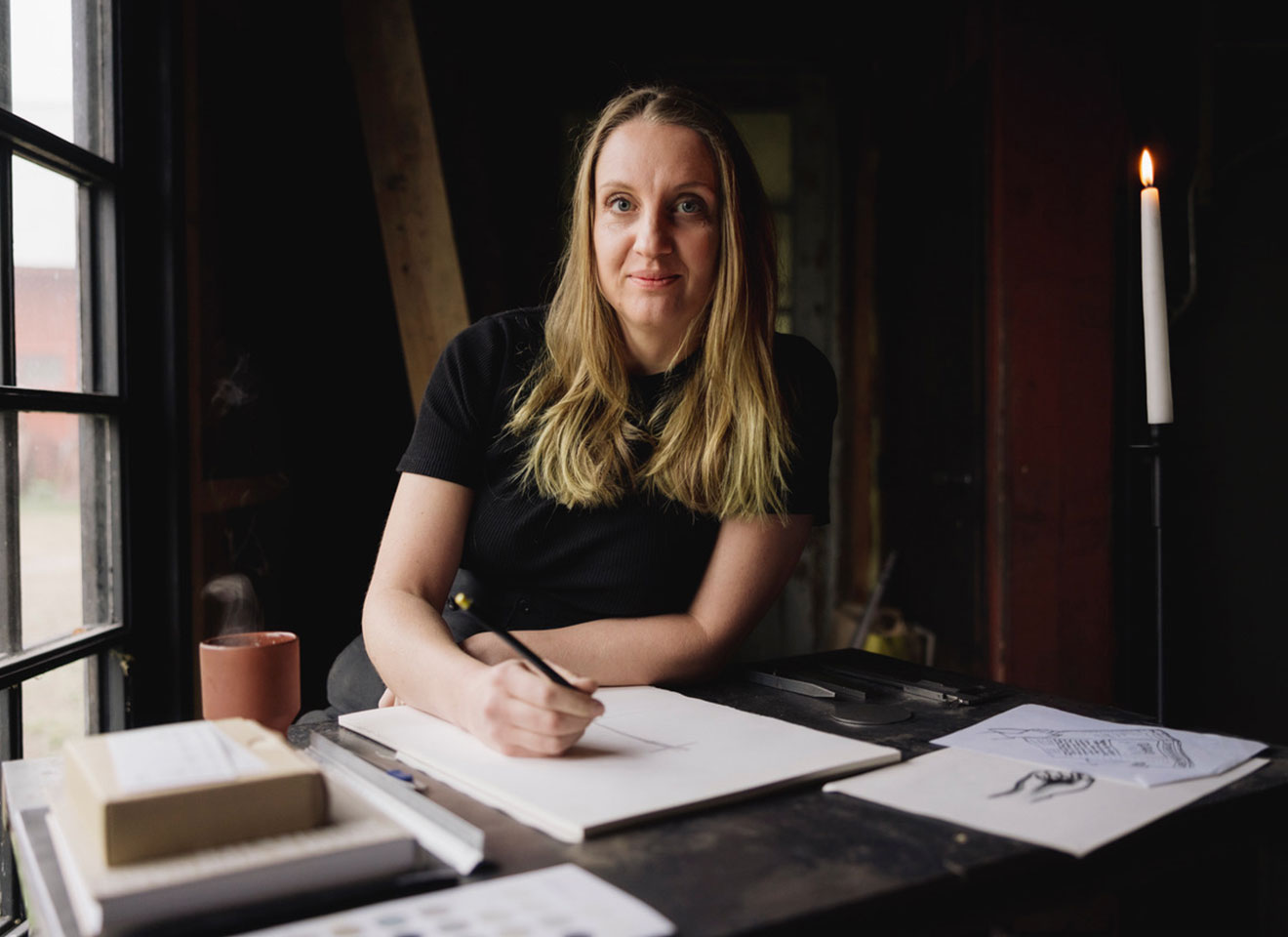 Innovation: Candlestick with a Clamp

Emelie Nilsson is currently a designer and CEO at the company Våges. Her innovation, a candlestick with a clamp base, was originally inspired by her grandfather, but her family’s interest in forging metal goes back further than that. The story begins in 1875.

In 1875, in a cottage in Småland, Sweden, Emelie’s great-grandfather Carl Samuelsson begins blacksmithing. His metal forging becomes very popular, and his son Gustav follows in his footsteps and becomes a blacksmith as well. Gustav’s eldest son, John Gustavsson, who is Emelie’s grandfather, continues the tradition.

John had a son named Våge Gustavsson, who is Emelie’s father. Våge was influenced by his ancestors’ interest in blacksmithing and, in 1997, he started the company Våges Smide.

–I have always enjoyed being out in the workshop with my dad; I was fascinated by all the tools out there, says Emelie.

Våge passed away in 2006, but left the company and his knowledge to his four children: Emelie, Lenny, Joel and Mikaela. Today, they all work in the family business.

–We’re a good team that complements one another. 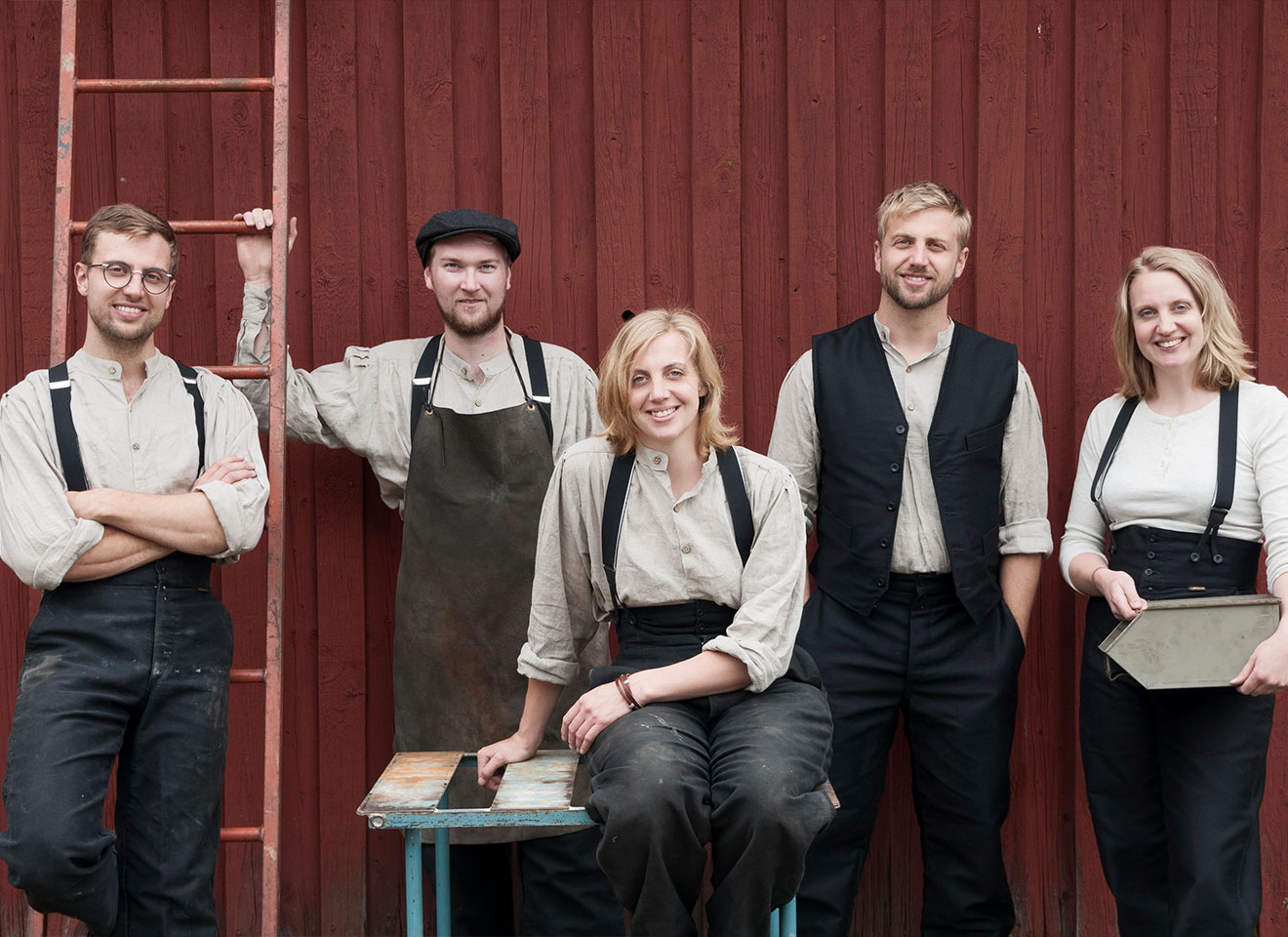 Emelie got inspiration for her prototype from her Grandfather John

–I’m now back in Småland, working with my siblings at our family business, Våges. I work as a designer, but I am also the CEO and keep an eye on everything.

In 2016, Emelie found a clamp that her grandfather John made and used in his workshop.

–With my grandfather’s clamp, I made my first prototype. I wanted to make a fireproof candlestick that wouldn’t tip over. A slightly taller model that wouldn’t take up too much room on a table or by a window.

”Most importantly, every little detail had to be made in Småland”

Emelie justifies her choice of design by saying that a clamp is beautiful graphically speaking, and that its function is something that everyone recognises and understands.

–The candlestick is made of iron, and the clamp has such an evident function that felt exciting to use in the design.

Emelie explains that there were different stages in the making of the tall clamp. Turning, bending, punching, threading and welding.

–Some of the steps are done with the help of local companies. The most important thing is that everything, even the smallest detail, has to be made in Småland.

Våges has decided that their products will be made in Småland because the siblings have a strong environmental interest and work actively to reduce their environmental impact.

–This can be seen in everything from the sourcing of raw materials to the design, where the timeless classic shapes are meant to last for generations.

In designing her product, Emelie chose to have the candle holder loose so it can be replaced with a tea light holder.

–But I also made it loose for environmental reasons. Due to it usually being the candle holder that needs to be replaced and wears out, you can simply replace that small.

In other words, the candlestick with the clamp can be combined with other products such as candle holders for bottles and tea lights. 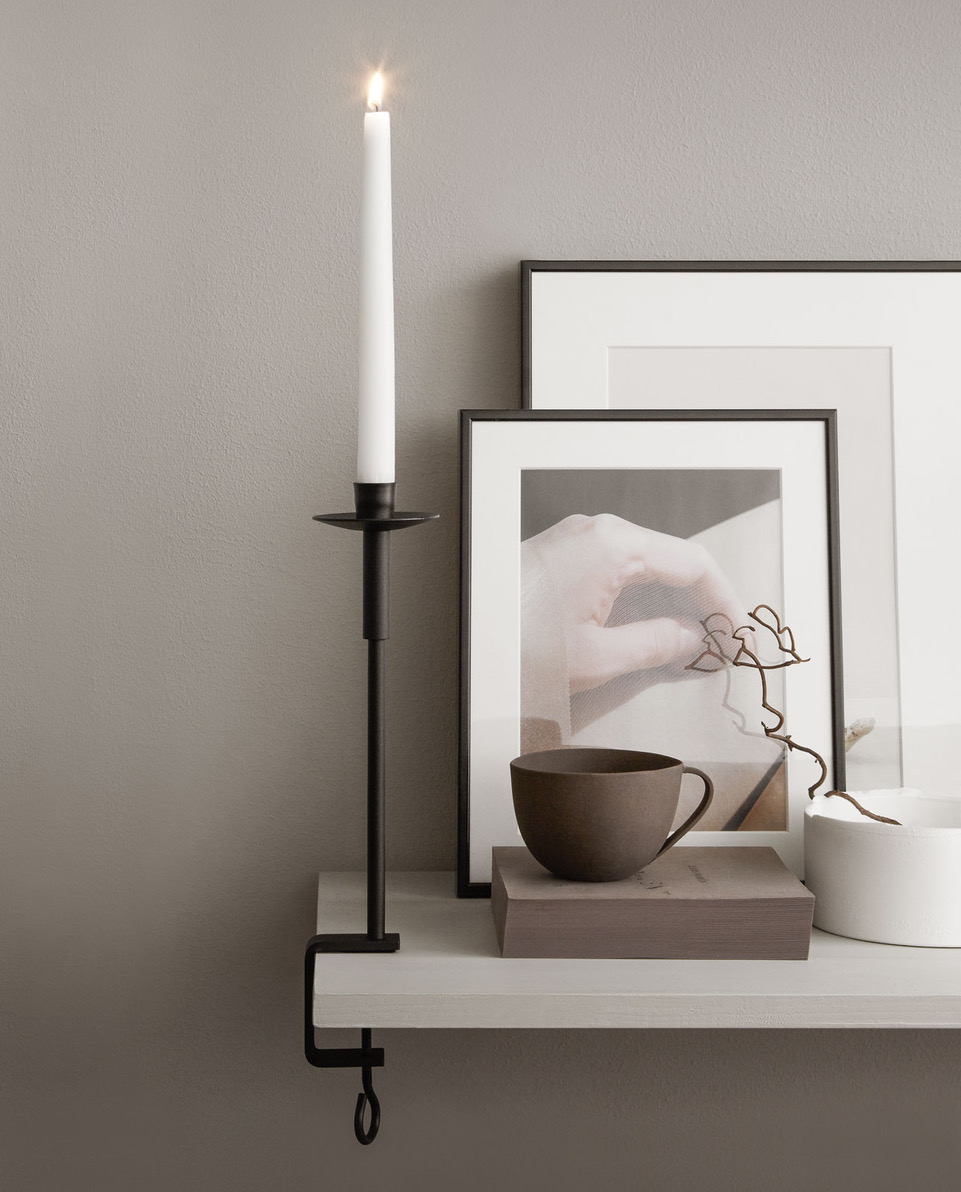 New innovations are on Emelie's drawing board

Emelie reveals that the design process has never been so quick as with the innovation of the candlestick with a clamp.

–It was completely obvious once I had decided on the clamp feature.

Emelie says there are new models on the drawing board, one of which is compatible with the candlestick with a clamp.

Read more about candlestick with a clamp >> 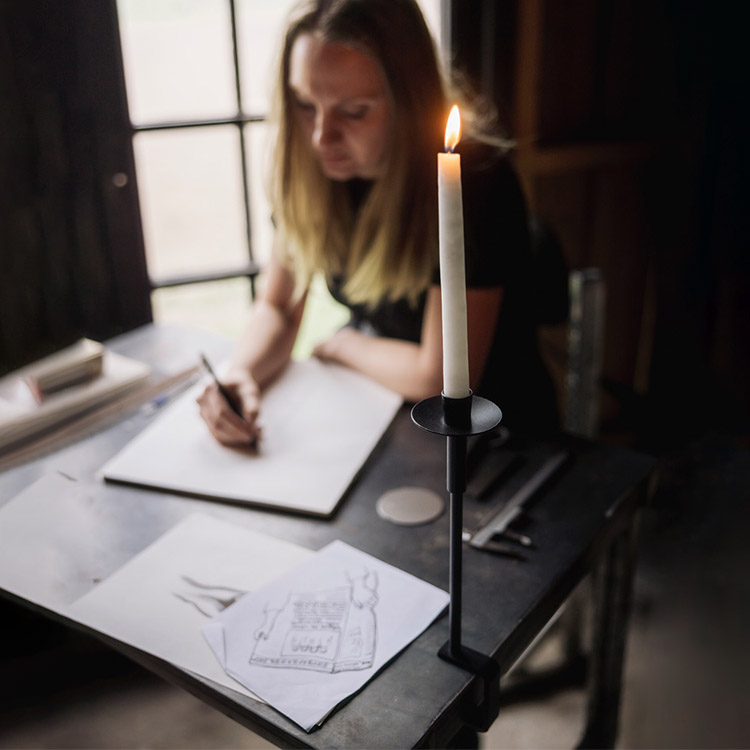 Candlestick with a Clamp