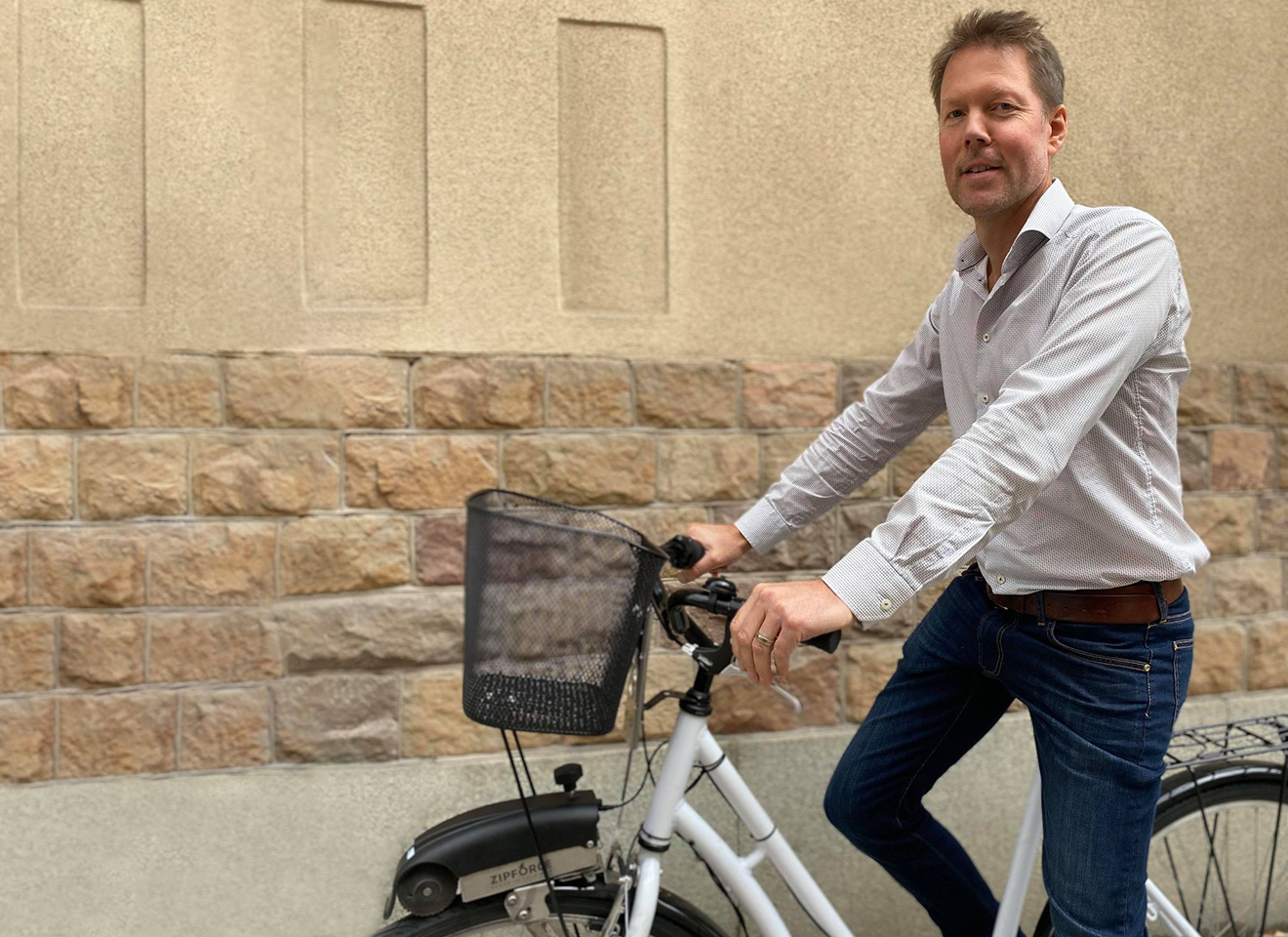 Måns Bengtsson decided to start cycling to work when his office was relocated. That was when he got the idea for his innovation: a portable electric motor that can be attached to one's bike. He would take the bus to the station and cycle the rest of the journey.

Måns lives in Vaxholm with his wife Ellen and their three children. When his office moved from Nacka Strand to Frihamnen, he decided that it was the right time to start cycling.

–There’s a bus going to the University of Technology of Vaxholm. However, from there it feels like an eternity to the city. Then I got the idea to have a bike parked at the bus station and ride the last bit to the office.

Måns says that he got the idea of ​​having his bike parked at the university's bus station already in 2016. This way, he could save time by taking a shortcut through Liljanskogen. 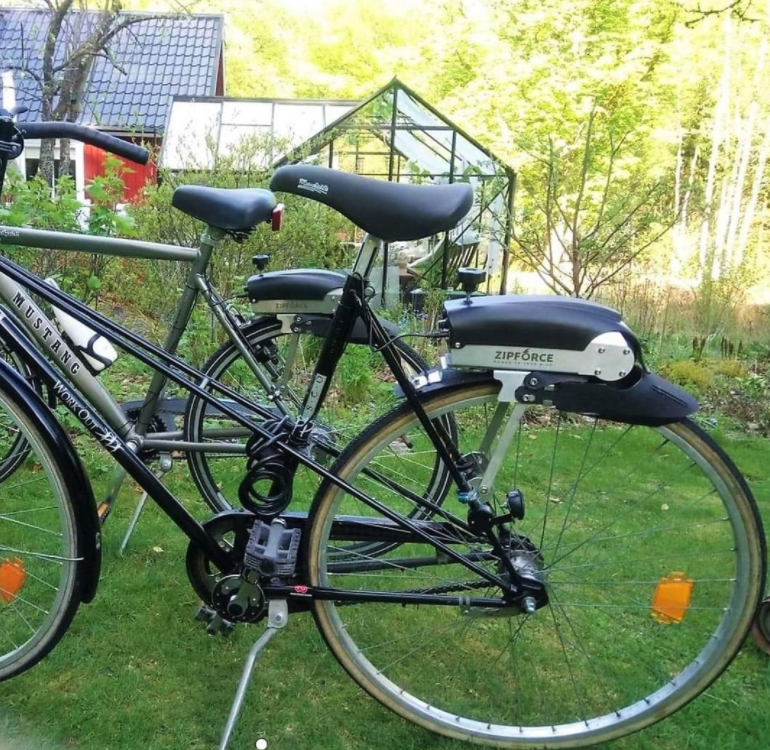 Zipforce - a freedom that can be shared within the entire family

–The best thing about Zipforce is the freedom to have a bike that you can park wherever you want. Zipforce allows you to stay flexible. Another advantage is that you can share Zipforce within the entire family if you have several mounts attached on the bikes.

He believes that people don’t park their electric bikes at train or bus stations due to the risk of theft. Here, Zipforce can be a good alternative. It’s easy to take off your bike and store it in your bag when you go shopping or go to a lunch meeting.

–Zipforce is for those who park their bike at a train or bus station and want to cycle from there onwards. You can choose whether you want to pedal yourself or switch on the portable electric motor.

Måns continues to say that Zipforce is also good from an environmental point of view.

–Instead of buying an electric bike, you can just buy a portable electric motor that you can mount on your existing bike. In that way, you don’t have the need for a brand-new bike. 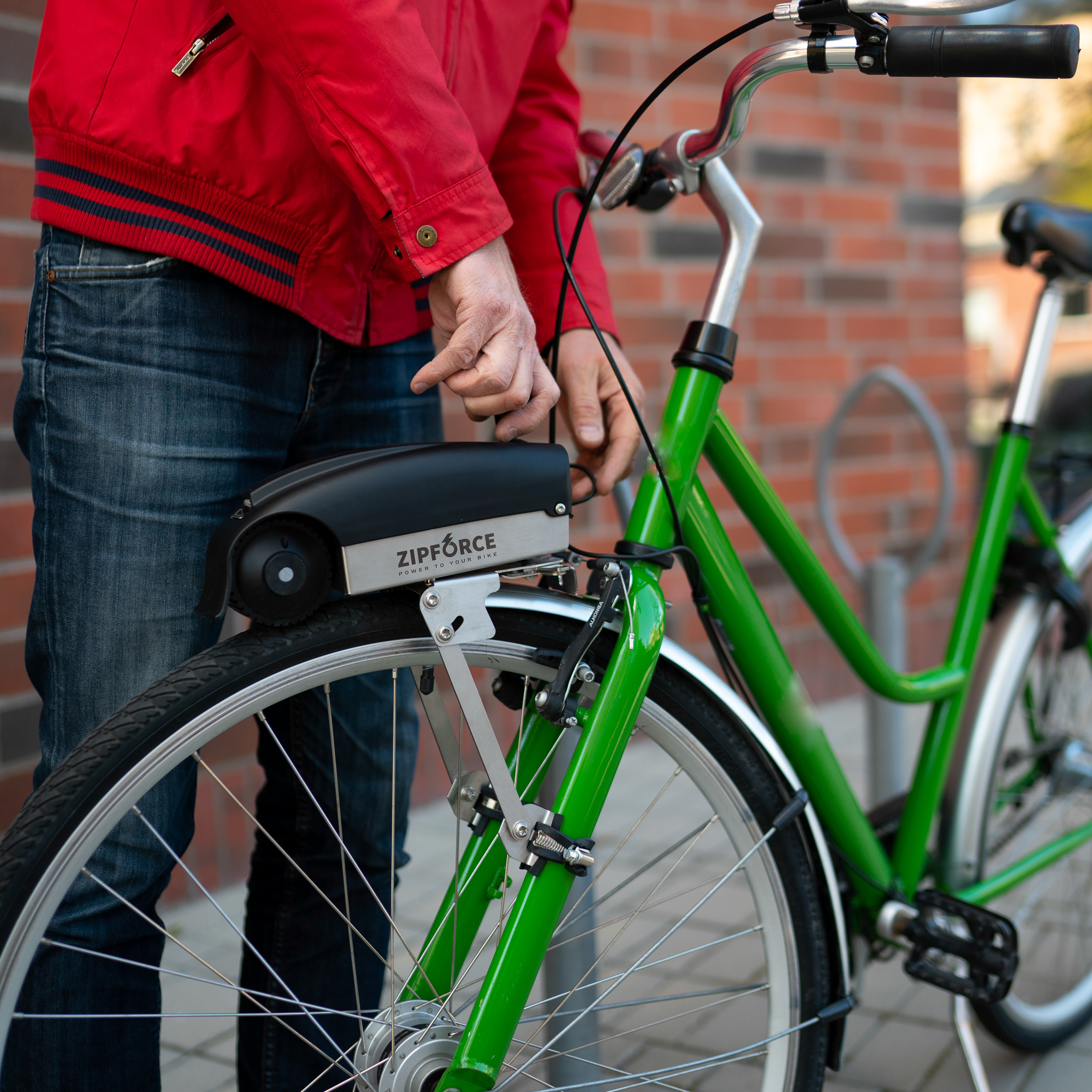 Who is Zipforce for?

–Most people live in close proximity to some form of city and have a need for transportation. It could be that you use the electric bike to cycle to work in order to save some time and avoid arriving sweaty at work. On the other hand, you would enjoy cycling home after a long day of work with your own legs.

Since Måns is a software developer and consultant, he admits that it was challenging to start making prototypes.

–I had previously worked with both permanent magnetic motors; I could program and knew that lithium-ion batteries were needed. I was able to get something working together rather quickly.

Måns says that the most difficult challenge was to find a supplier who was able to manufacture the prototype. 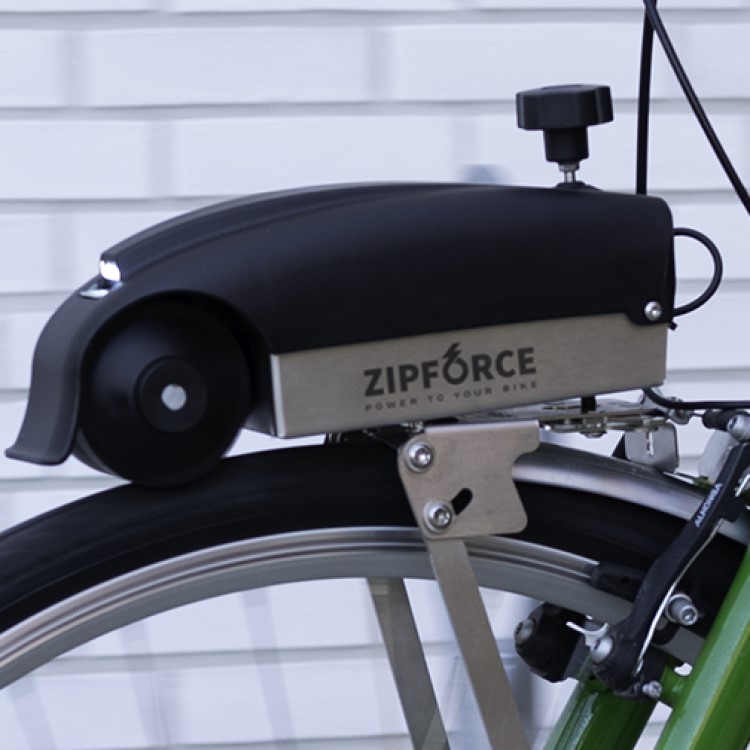 –I turned to probably 50 different suppliers, but no one could manufacture according to my desires and ideas. I contacted every metal company throughout Småland.

In early 2019, Måns finally got hold of a supplier who would be able to manufacture his prototype. Today, the metal company is not only a supplier, but also a part of the company.

–I was on a sports holiday with the family in Vemdalen and worked evenings. My family was very happy when I got in touch with the supplier.

Today, specific parts are ordered from China, which are then sent on to the supplier in Småland. But Måns and his colleagues are already starting to look for other solutions.

–We’ve now found a local company that makes our batteries in Stockholm. The idea is to continue looking for local manufacturers that results in high independence from shipments from China.

As many others, Zipforce noticed the problem with having China as a supplier during the COVID-19 pandemic. The company was affected by heavy delays on deliveries with various parts of the electric motor.

–Apart from delivery issues, we haven’t noticed too many impacts from the COVID-19 pandemic. We are still rather new on the market. I think one can draw greater difference in companies that have been established on the market for a while and have something to compare with. 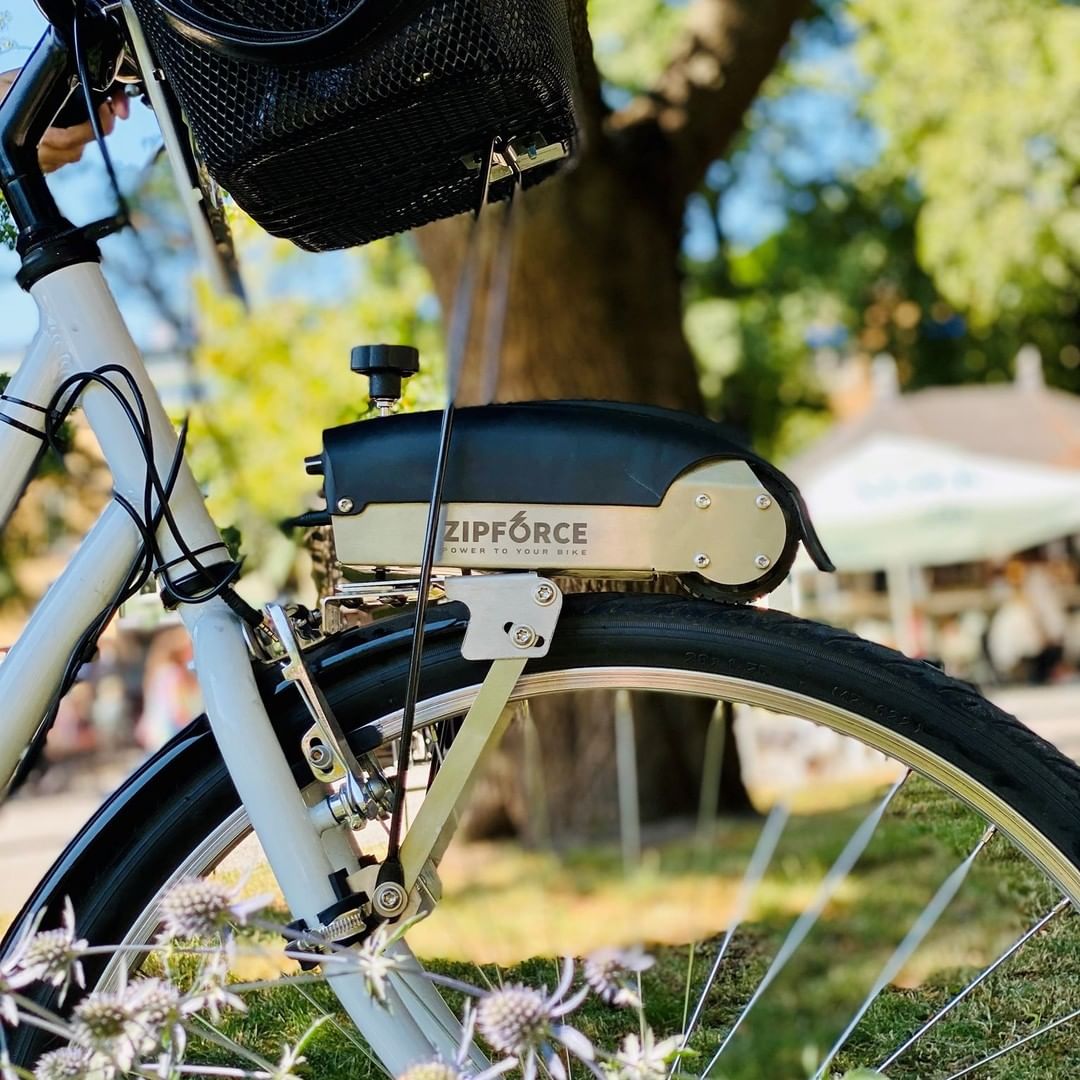 The battery charges during the bike ride

Zipforce is a unique Swedish innovation that makes life easier for bicycle commuters. A special feature of Zipforce is that the batteries charge during the actual bike ride. The battery is charged when braking, which is a great feature on long downhills or for city tours with multiple stops. A fully charged battery lasts 30 kilometres under normal circumstances with full assistance from the engine. The battery takes about 4 hours to charge using the included charger. There is also an app for the electric bike, where you can limit the maximum speed.

–It is possible to mount the Zipforce on both the front and rear wheel. However, it is a little more powerful when mounted on the rear wheel, as the fender and rack may be in the way otherwise. Either way, it works.

New innovations on the way

Måns does not want to reveal future plans for new innovations. However, he mentions that there are ideas about developing new products.

–We are not very far away from launching new innovations.