It all began in 2004, when Paulina Askelöf Kolm tried to install a nightlight in her daughter’s bedroom. The children’s room was newly wallpapered, and Paulina wanted to install the light without having to drill holes in the wall. The classic adhesive picture hook looked messy, and the idea to make further developments to the product became the beginning of Paulina’s adjustable picture hook. Today, her innovative product is sold in several countries and means that anyone can easily hang things up on their walls.

Paulina works as an electricity grid planner in Stockholm, having become an expert in the field in recent years, and works on her picture hook innovation on the side of her day job.

Almost 18 years ago, Paulina tried to encourage her daughter to start sleeping in her own bed and so wanted to install a nightlight in her bedroom. The room was newly wallpapered and the walls were concrete.

“I didn’t dare drill into the lovely, new wallpaper.”

Paulina explains how she was sitting in the bath one day when pictures of how to successfully mount the nightlight began to appear in her mind.

“This drove me to apply to the inventor’s school Ideum. There I was challenged to think in different ways, and it was fun to meet people who were just as nutty as I was.” 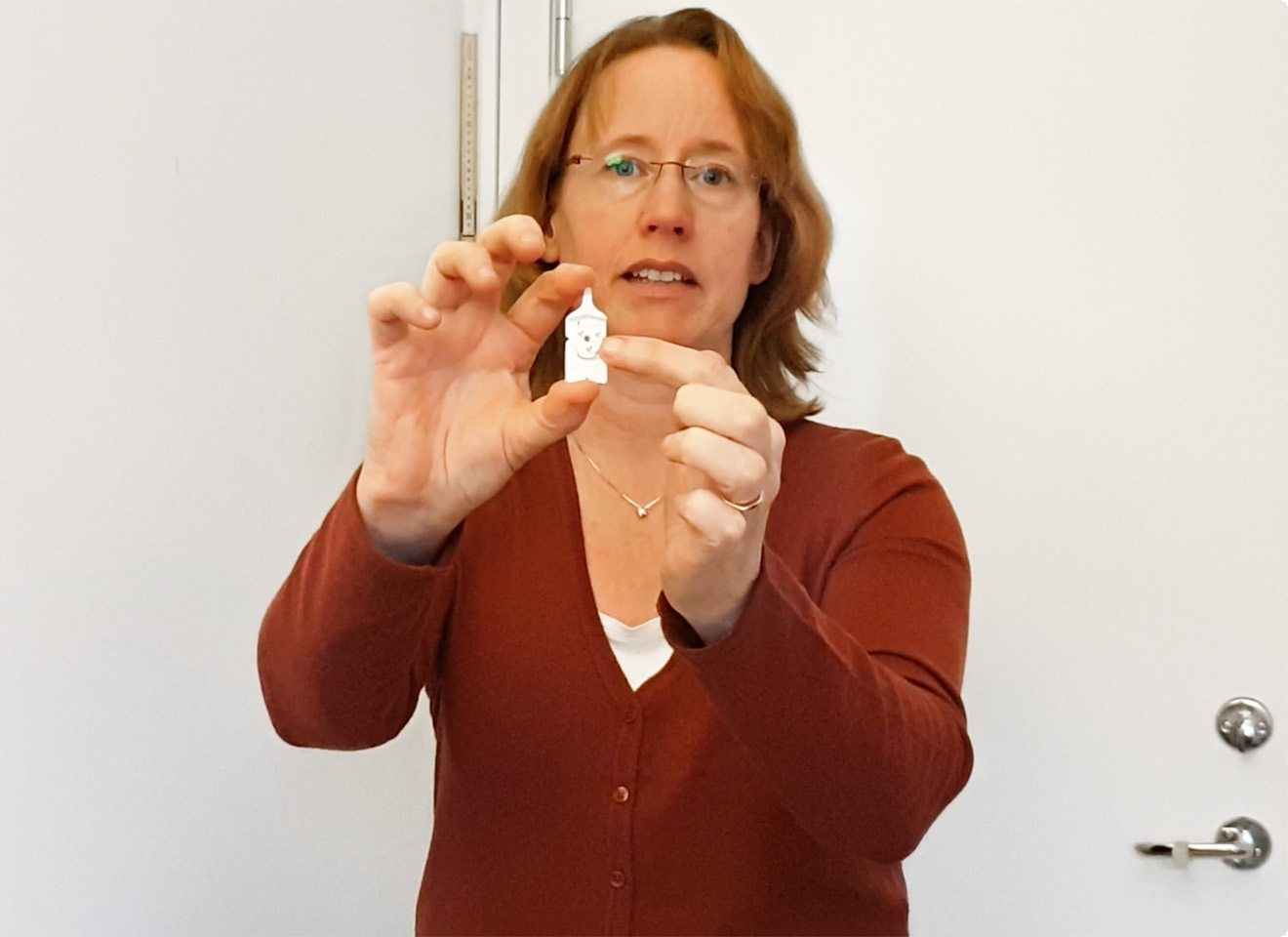 At the inventor’s school, Paula got to play around with her idea

At the inventor’s school, Paulina tells us how she had the chance to play around with her idea and try out different materials, providing grounds for each choice and approach.

“When I was challenged to solve the problem, I noticed that the picture hooks that already existed needed new mounts. One with a flatter surface to make it easier to hang small things up on the wall.”

“The hole in between the metal pins allows you to easily mark where you want the picture to hang with a pencil.”

Paulina explains that the notches in the sides of the hook make it easier to measure out a line on the wall, mounting multiple picture hooks in a straight line.

“Sometimes I get asked if the hook can bear a flat screen TV. The answer is no. The hook is only for hanging small things up on the wall.”

Paulina says that she had herself in mind when she designed the product, as she took her own needs as a starting point. However, during this process she became more aware of her customer base.

“Everyone can benefit from my picture hooks. They’re perfect for anyone who needs to mount something on a concrete wall and doesn’t want to drill a hole.”

Paulina believes this makes it easier for people who otherwise don’t have the confidence to become DIY’ers.

“The picture hooks encourage independence, as you don’t have to ask for help. There’s no need to drill holes, and anyone can quickly mount things on the wall.”

Paulina says that on her journey to becoming an inventor, she has learnt to draw in 3D. But not every part of the journey was quite as much fun.

“Writing the patent application was more difficult than I thought it would be. Thankfully, I got help from a friend at the Inventor’s Association.” 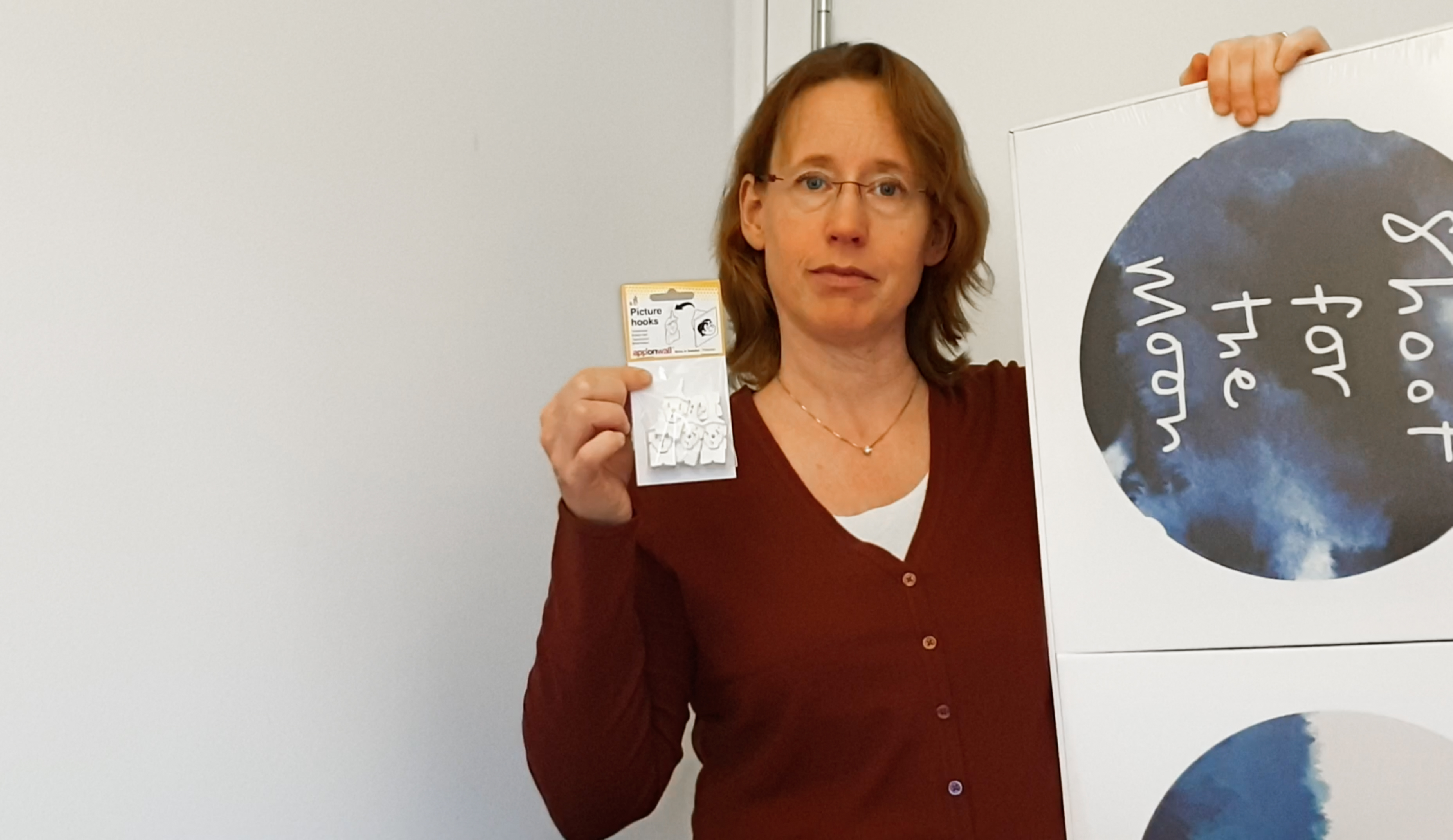 Packaged at the correctional institution in Huddinge, Sweden

The picture hook is made of plastic and manufactured in southern Sweden. Paulina tells us that it was important to choose a non-toxic plastic that didn’t break when hit with a hammer, but that it also needed to be soft enough for the nails to be attached.

“The nails and hooks are sent to the correctional institution in Huddinge, where the nails are attached to the hooks and the product is packaged for the customer.”

”Mummy has to go and picture hook for a while”

“It’s been good for my own well-being to get away and focus on the picture hook, and at the same time get some time for myself. A common phrase in my house was that ‘mummy has to go and picture hook for a while’. That way the kids knew that I mustn’t be disturbed.”

At the moment, Paulina has no plans for new inventions.

“It takes up too much time. But you should never say never. Perhaps in the future when I’m retired, I’ll sit and brainstorm ideas while drinking coffee with other innovators.”

Read more about Adjustable Board Hooks >>

Adjustable board hooks
A smart solution if you don't want to drill holes into the wall
3.70 €
BuyInfo