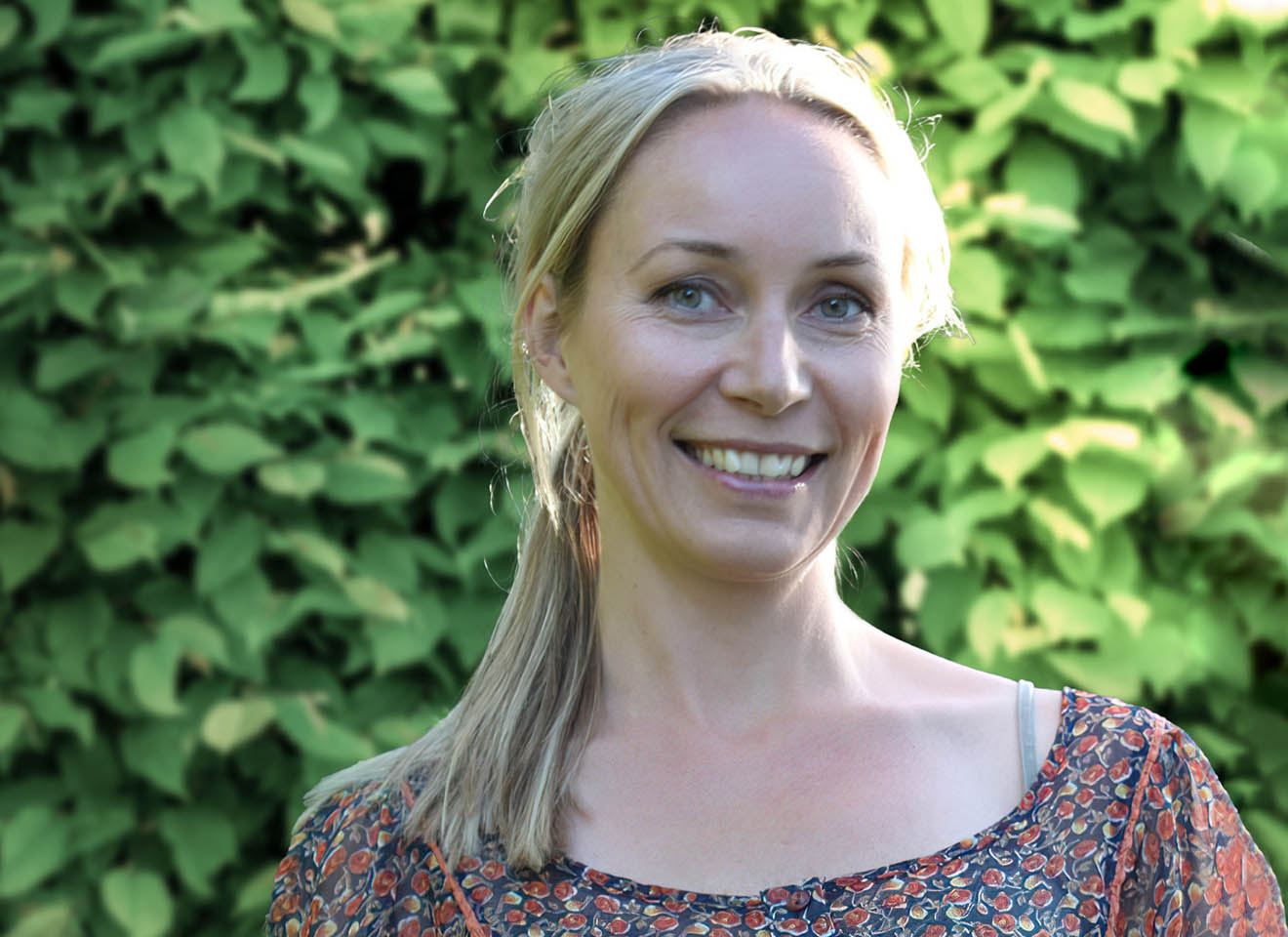 The Swedish summer is lovely, and Maria Liljekvist has ensured that it will become even better with her insect net for parasol. During her time in Florida, Maria became inspired by all the porches made of nets which led her to develop her innovation. Airhouse is a portable outdoor room made of thin mosquito nets, which ensures that you can enjoy the summer nights without being bothered by insects.

–My innovation is made for everyone that loves to sit outside during the beautiful summer nights, and wants to avoid all the animals with wings.

Maria lives in Skåne but is originally from Stockholm. She has a background in the advertisement business, but since 2013 she operates her own business that imports furnishing accessories and gift-products from the American company Rifle Paper CO.

Before Maria moves to Stockholm however, she is living in Florida, USA. Maria and her husband Matz move there, and during their 6 years in USA they have their two kids.

The idea for Maria’s innovation starts to take hold when Maria notices all the American houses with beautiful porches. However, the Americans do not have porches made of glass. Maria shares that many of them have net porches to avoid being bothered by flying insects.

Maria explains that the net is like a minimal barrier that protects against bugs, while simultaneously keeping the feeling of being outdoors intact.

-With a black net, you get the same kind of illusion you feel when looking through a pair of sunglasses as it becomes slightly darker, and the colours get a bit stronger. You barely notice that it is a net. Our bright summer nights make the net almost disappear before your eyes. When darkness falls, it is cosy inside the Airhouse with some candles and a blanket over your legs.

Maria shares that she, like many Swedes, have tried most things to protect herself against mosquitos.

-I have tried mosquito candles and several other mosquito solutions, but I wanted something that allowed you to sit outside without being disturbed. 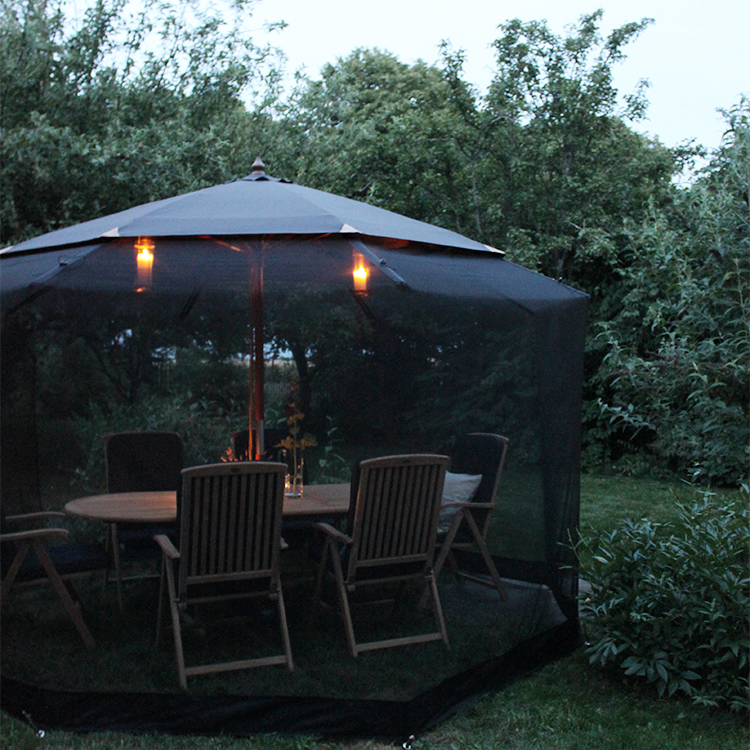 The first prototype is sewn from old curtains

When Maria goes on maternity leave, she starts to sketch an idea with the help of her husband. She makes the first prototype from cheap curtains in the year of 2009.

-I sewed the first prototype myself but used a seamstress to make prototype number two, which was the one I showed to my friends. The Airhouse that we have been using for photographs is one of the first samples we made.

The prototypes did not differ much from each other. The base idea was always the same, but some details changed during the working process. For instance, how the net should be anchored to the ground and how to best hang it up.

In Marias opinion, the most difficult thing during the development of the innovation was to find a factory that could produce it.

-It is like a big monster tent, it is gigantic. 14 meters of fabric is not easy to handle, and many factories backed out when they understood how big it was.

It was important to Maria that they did not make too many, but instead she wanted to test only a few. 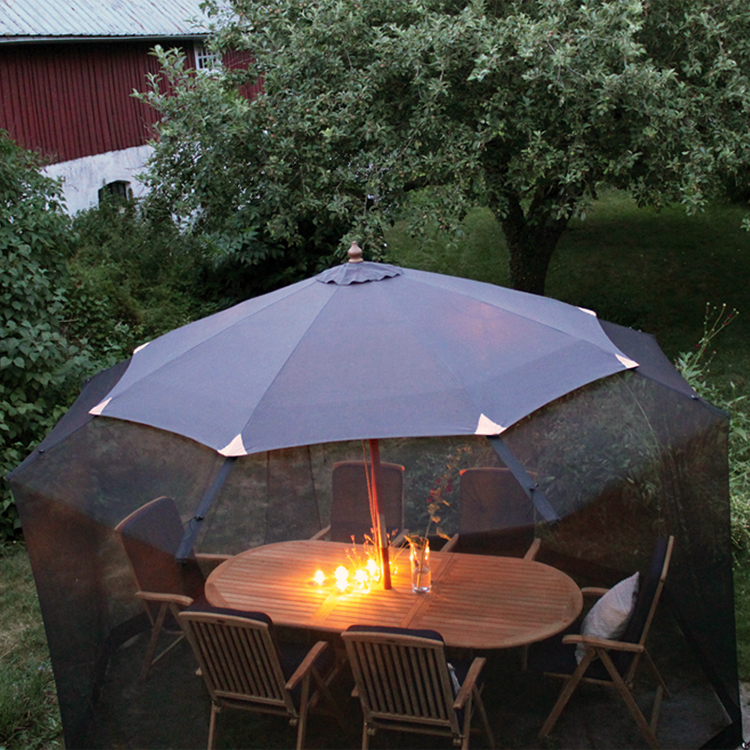 ”The most exciting thing was the brainstorming part, and then the feeling of entering the tent”

-My stubbornness, that it finally became a finished product, is what I am most satisfied with. Also, the choice of a mosquito net of good quality.

Maria thinks that her stubbornness was an important attribute to have during the process, as it is necessary to be able to continue forward and assure the quality of the finished result.

-The most exciting thing was the brainstorming part, and then the feeling of entering the tent.

To see if what I had thought before was correct. 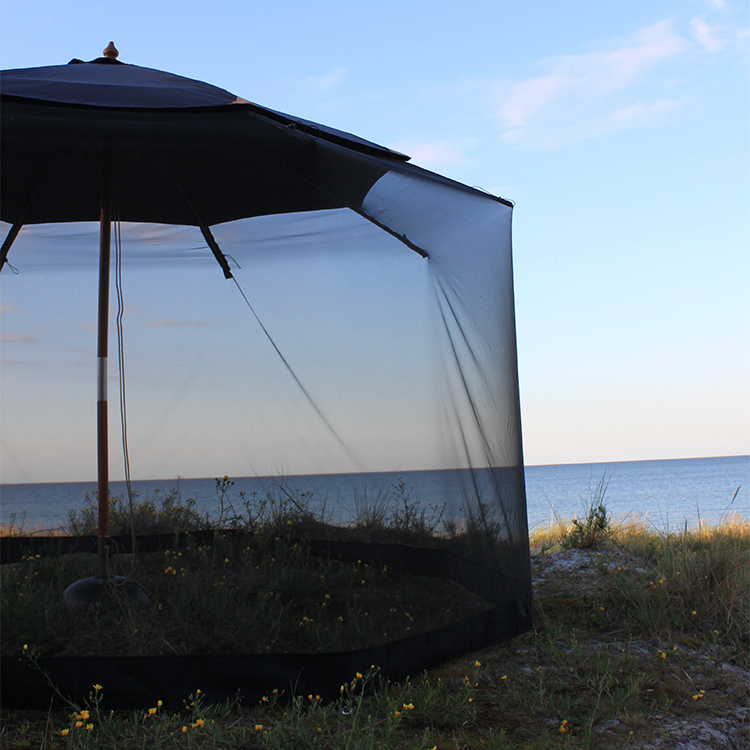 Maria has been focusing on a net of really good quality. It is durable, thin, and adaptable. The thin threads are tied and not only woven, which makes it resistant to damages. Maria explains that some nets are like nylon socks and can easily get damaged or develop a mesh.

-That is not the case with my net. It is strong, but at the same time soft. I do not believe that there is something similar on the Swedish market, but I leave that unsaid.

The net is sewn in Europe, and the extension laths are made in China. A good friend who already had production there helped us with them.

So far, Maria has only received positive reactions about her innovation. Still, she has no plans on developing new innovations as her company is growing and expanding. She has enough on her plate with that.