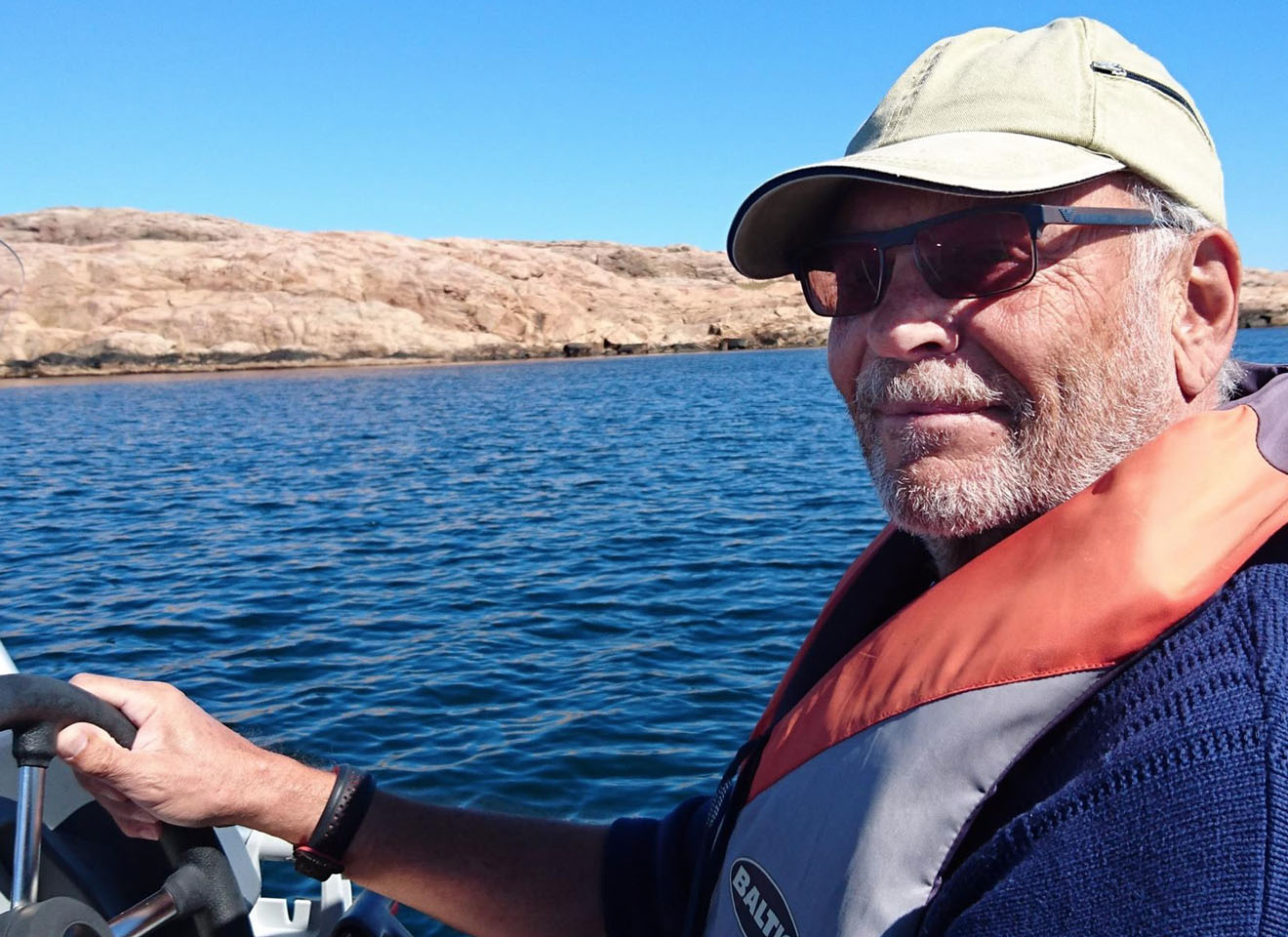 The story of the grappling anchor begins one day when Olle Mattson and his wife Lena is out sailing. The day goes by as it should until the moment comes for Lena to jump ashore and moor the boat. She slips on the wet rocks, bites herself in the cheek and starts bleeding. Even though the injury is minor, Olle starts to think about a solution to prevent this from happening again.

After Lenas accident and with the knowledge that many friends of the couple have ceased mooring in natural harbours, Olle feels that something needs to be done.

Olle grew up in the city of Malmö but now resides in Vänersborg, a couple of miles outside of Lysekil, with his wife Lena.

–I did enjoy Malmö, but me and the wife are very happy in Vänersborg due to the proximity of woods and waters.

Olles interest for the boat life started thanks to his colleagues. He would often join them on their boats and with time, he started to learn from them. Nowadays he is an experienced seafarer, and with his innovation the grappling anchor he has helped many people towards having an easier time mooring in natural harbours. 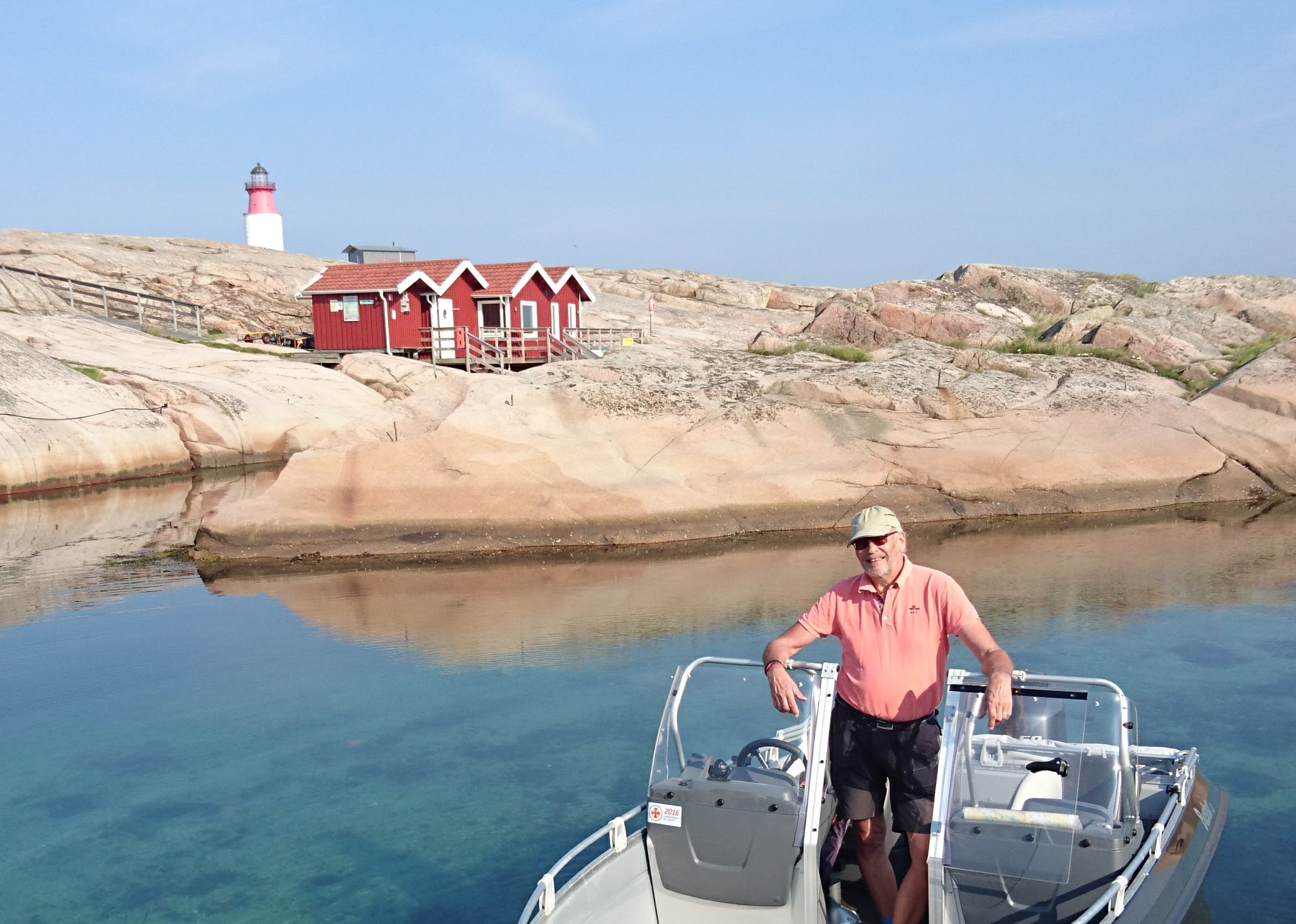 Olle gets help and starts welding together some prototypes

Olle often writes down ideas in his notebook and shares one entry from 2013. Even back then, he started to sketch ideas for a grappling anchor. After a short while, Olle and his friend Bernt Olsson starts welding different prototypes together.

–The hard part was to bring out a new design. When we started, I had a fixed idea on how a normal-sized grapnel should look like. It was important that the width at the base did not block, as the ability to grip needed to be good.

Many prototypes are tested and welded together in the workshop. In the year of 2014 the prototypes, and their ability to be thrown, are field tested. It would, however, take another 5 years until they felt happy and done with the final design.

The local newspaper leads Olle to his manufacturer

While reading the local newspaper, Olle notices an article about a new product made for boats. The article also shares the details on how the product is made, which leads Olle to get in contact with the manufacturers and ask them if they are interested in producing his innovation the grappling anchor. Because of that article in the local newspaper, the grappling anchor is now manufactured in Trollhättan.

”When it isn’t in use during off-seasons, the rope won’t get stained by rust”

–The material is strong and durable. When it is off-season and the rope is not in use, it won’t get any rust stains.

Olle explains that if it fails on the first try, just pull in the 10-meter-long rope, and then repeat the throw.

–The most important thing for me during the process of development was that it would work. If it were not for the grappling anchor, we would not be able to visit the natural harbours. You cannot rely on the help of grandkids or someone you know.

The first throw from the boat

Olle continues gladly with telling the story of when he and his wife tried the grappling anchor for the first time.

Of course, a lot of prototypes had been made at home, but now it was time to make the first real throw from the boat.

–My wife threw it and then yelled: “It works, it works.”. That felt really good.

Olle clarifies that the grappling anchor has been a side project, one that he has been doing for the fun of it.

–It is not economically profitable, but it feels good when people other than me thinks that it is a smart innovation and uses it.

According to Olle, everyone that has a recreational boat and wants to moor in a natural harbour can benefit from the grappling anchor. 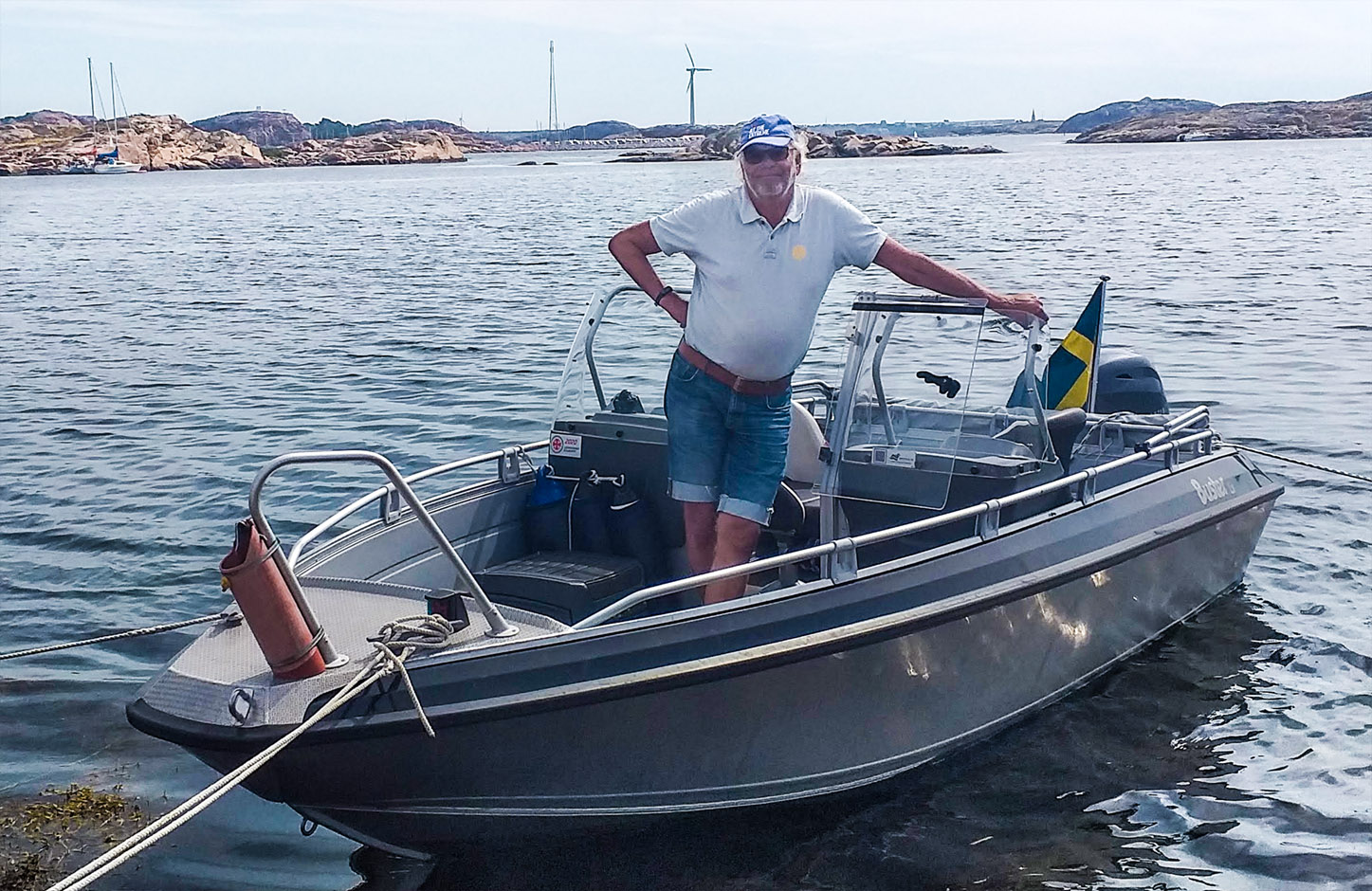 –The best thing about the cat is that It is small, easy to handle and efficient.

Olle is eager to share the reason why the grappling anchor is called the cat.

–I heard about a ship cat that didn’t enjoy being out at sea. As soon as it had the chance, it would jump ashore. The skipper made a joke about being able to moor the boat to the cat after it disembarked. Because of that, I decided to call the grappling anchor “KATTEN”

Olles innovations helps him with his everyday life

Olle also has another innovation that he sells through smartasaker.com. It is a rain cover for shoes and trousers intended to be used while biking.

–I don’t have another project at the moment. However, I invent things for myself that I need in my everyday life. If it will be passed along for sale, that is something we will have to wait and see about.
Read more about Grappling Anchor >>